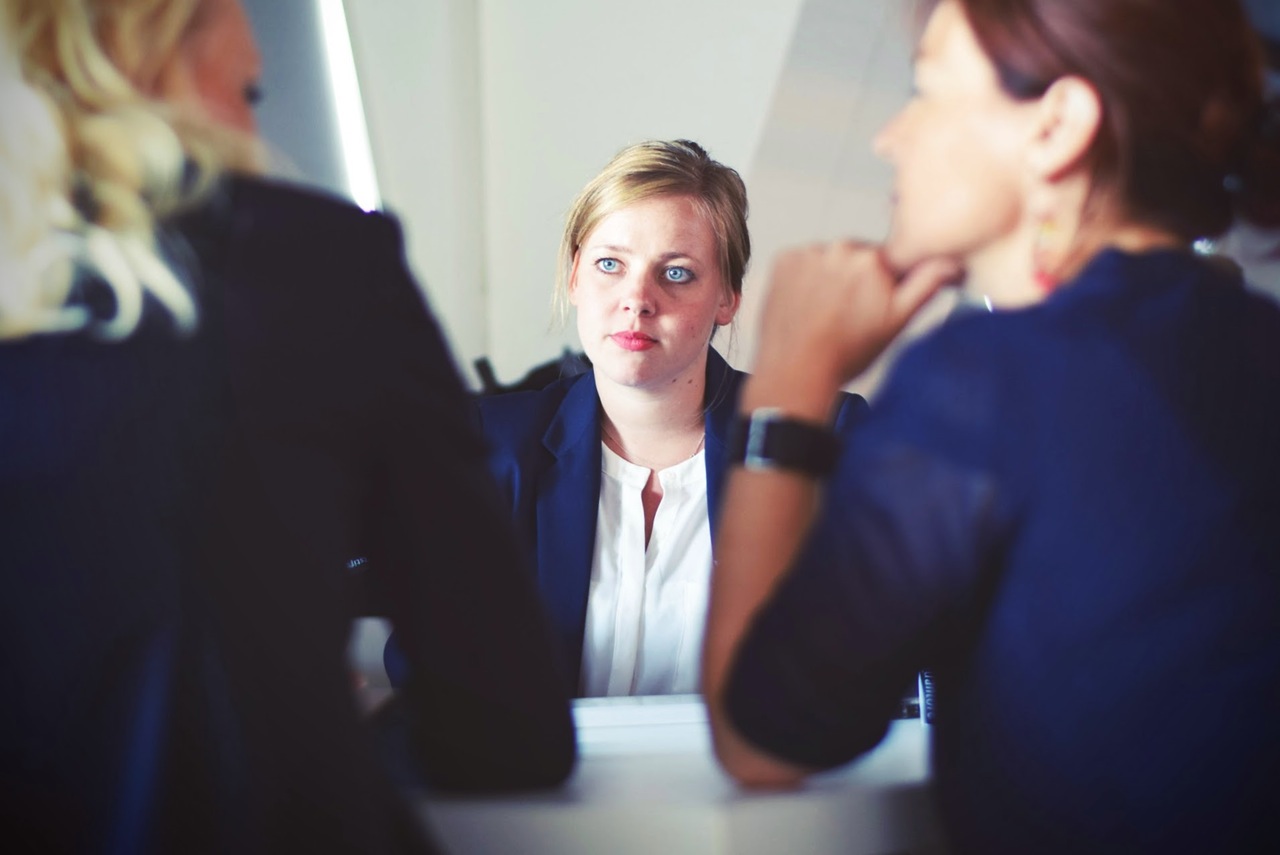 When it comes to our working lives, interviews are just about the most terrifying thing you can go through (bar the moment your boss appears at your desk and says ‘Can I have a word?’). And they’re not just intimidating for interviewees either, plenty of interviewers will tell you the horror of asking a nonsensical question or conducting an entire interview with spinach in your teeth.

From the pressure of trying to impress to the innate fear of doing or saying something stupid, interviews are stressful enough even before anything goes wrong. But if the worst does happen, how do you bounce back? Here’s a look at the most common interview nightmares and how to style them out.

Getting Caught Lying or Putting Your Foot In It

First things first, honesty is always the best policy and lying on your CV or in an interview is most definitely not recommended.

That being said, most of us are guilty of embellishing here and exaggerating a bit there, but there’s nothing more awkward than this being found out in an interview. Take Twitter user @redskyatnight, for example: “I once confidently told an interviewer that I’d read a book he’d mentioned. He pointed out it hadn’t been published yet. Or even written.”

Whether you get your interviewer’s name wrong, accidentally offend them somehow, or get the company mixed up with another one, putting your foot in it can be equally mortifying too.

How to style it out: As we said, honesty is the best policy. If you get caught out, don’t try to lie even more or you’ll only make things worse. The best thing to do is ‘fess up, admit that you’re nervous, and that you were simply trying to impress.

Try to counter with a positive that you have actually achieved or demonstrated. You probably won’t get the job but they might appreciate you trying to make amends. Preferably though, do all the preparation you need to beforehand so you don’t need to tell fibs or make embarrassing faux pas at all.

On the other hand, sometimes being too honest isn’t the best idea either:

“An interview with Microsoft. I was asked if I’d change anything about them. Said, “I’d get rid of Internet Explorer.” Didn’t get the job.” – @benptooey.

How to style it out: There’s not much bouncing back from being straight up rude to a potential employer, but if you’ve just said something a little weird or given TMI you can always counter it later by citing honesty as your biggest weakness.

Interviews are a minefield for those of us who are naturally clumsy or awkward. We’ve heard tales of people swearing accidentally, spilling water over their interviewer while shaking hands, going for a kiss when the interviewer was going for a handshake, and laughing at something that turned out not to be a joke. Help.

How to style it out: Again, admitting to being nervous can be a cover for all sins and hopefully your potential employer will find your honesty refreshing. Simply apologise, blame nerves and, if necessary, rectify any damage done! Then, most importantly, move on – if you keep dwelling on your mishap or bringing it up, you’ll only end up sabotaging the rest of your interview.

Boardrooms abound with tales of the weird and wonderful things candidates have done during interviews. From showing up in just a jacket and tie (yes, no shirt) to taking a phone call midway through the meeting, some people either let their nerves get to them or simply have no idea how to behave in a professional situation.

How to style it out: Try to remember how nervous you’ve been in an interviewee’s position and be kind. A potential candidate is much more likely to calm down and give a good interview if you react kindly than if you turn up the heat.

However, sometimes there’s just no getting past the rudeness or odd behaviour of some interviewees. As @yourskiesrmine puts it:

“I interviewed a man who seemed OK. At end he asked if the fact he was Jesus and needed to spread the word of God was a problem. It was.”

In this situation it’s best to wrap things up as quickly as possible and move on to someone who is less frightening.

Unfortunately, nightmare interview situations aren’t always the fault of an underprepared candidate. The Rude Interviewer is a familiar character to those who’ve been to their fair share of interviews.

Take one unfortunate interviewee’s experience of a meeting with a financial firm: “[He] asked what the cubed root of 1000 was and immediately started counting down from five.  At 3 he said I better respond or I’m out.”

How to style it out: The key to surviving this nightmare is to realise that some interviewers are just like this and it’s got absolutely nothing to do with you or your performance. Do your best and don’t let their attitude get you down.

Some people enjoy the power trip of an interview and, at this stage, you need to ask yourself whether you even want to work with them at all. We blame The Apprentice.

Here are a few more tips for dealing with a nightmare interview. We’d love to hear your horror stories and how you coped with them (or didn’t), so please share them with us on our Facebook page.

We use cookies to ensure that we give you the best experience on our website. If you continue to use this site we will assume that you are happy with it.Ok